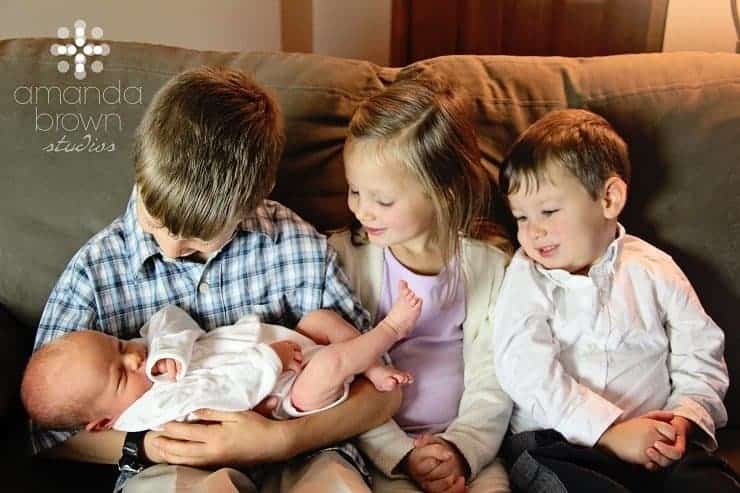 I think kids should watch different movies than adults.

I know they should have different bedtimes.

And they definitely should have different responsibilities (paying bills as an 8-year-old? No thank you!).

However, I don’t think they should eat different meals. I know they’re speaking to the majority, but they’re a perfect example of how we set such low expectations for kids’ tastebuds and food preferences that of course they’re going to meet those goals. Why would they ask for salad or hummus or vegetables au gratin when they’re offered addicting fast food fare all. the. time?

When we go to our favorite Mexican restaurant, my daughter will end up with a hamburger and French fries.

A kids’ menu should have smaller versions of the adult food, reducing portions, not reducing variety and flavor.

I’m a huge proponent of keeping kids young and innocent as long as possible, actually – but I don’t think we should baby their tastebuds or expect them to only eat certain bland, unhealthy foods.

I feel genuinely sorry for those kids who eat like a children’s menu all the time, because I know there are many in our country. In our house, everyone eats the same food. Sometimes I’ll toss frozen peas on the plates of my three children, ages eight, five, and almost two, when we’ve having asparagus or zucchini as the side vegetable, because two of the three don’t care for those (yet). Even then, I feel a twinge of guilt for being a “short order cook,” although I don’t cook the peas. 😉

I do require one bite of every vegetable each time it’s served, and last week I made blended green soup with fresh zucchini. I read in Karen Le Billon’s French Kids Eat Everything that the French tend to introduce new vegetables in a blended soup so kids get used to the flavor without worrying about the visual or the texture.

The first time I made the soup – with asparagus! – my boys, who won’t touch asparagus spears, ate three bowls (the toddler) and two bowls (the oldest). Success!

The question now is: How do we develop adult tastebuds in little mouths?

The short answer is to just keep trying, and keep a good attitude about food.

Push Them to Grow up Too Fast There were plenty of things I wouldn’t eat as a kid, but as I grew older, I either decided I had to like them or just kept trying them in different ways.

My husband and I are good examples of shifting tastebuds. Here’s a list of foods neither of us would eat ten years ago, but that we either love or tolerate now:

I don’t need my kids to like all those things…but I’m going to push them, in this ONE area, to grow up too fast.

I want their tastebuds to be mature and open to many flavors, and I want them to love real, wholesome food.

NOW, not later when they’re on daily prescription meds for ailments that could have been prevented by a lifetime of healthy eating. There’s no trickery, and no real secret.

And invite them into the experience of food!

As I type this, my 10-year-old son is practicing the skills we learned last week in the Kids Cook Real Food eCourse – he’s making scrambled eggs for the whole family. By himself. For lunch today, we’re having stir fry, made by my kids and three other neighborhood kids – another lesson in the eCourse.

I’ll expect my kids to taste all the vegetables they help prepare (even the onions – they don’t know this yet. Don’t tell.).

And it may not be a magic bullet today, but I’ll keep trying and trying and rejoice in the small accomplishments.

Get Your Kids in the Kitchen with a Free Lesson

For us adults, it took a long time and the wisdom that comes with experience and age to understand the value of real food and to force ourselves to try things we didn’t expect to like.

With the children, we simply continue to serve a variety of foods and require a taste, every time. My kids may have immature social skills (“That’s mine!” in you-know-what tone of voice), immature athleticism (you should see my poor daughter do ballet), and immature memories (“What? You asked me to put this away? When?”), but I’m determined to make their tastebuds mature as fast as they can.

In fact, my kids eat so well that when my son was at a camp with 350 other kids, his lunches became famous. The camp director took pictures of them and posted them to Facebook, and then they made me stand up in front of all the parents on “family night” while they asked Paul what he had for lunch.

I just stood there, grinning.

That would be my kid.

And I’m darn proud of him.

And by the end of next month, he’ll know how to make it himself – and he hopes to get to teach your kids the same!

How do you consciously train your kids to remain open to new foods and learn to appreciate a variety of flavors? What holds you back from getting your kids in the kitchen?

Note: I first published this article at Attune Foods a few years ago. It has been edited and revised for this re-post, with permission from Attune.

Curious what your kids can handle in the kitchen?

Disclosure: As an Amazon Associate, we earn from qualifying purchases.